Maurice Yip has just registered as a doctoral student in geography in 2020. He works as a graduate assistant in legal geography at the University of Lausanne in Switzerland. His doctoral project aims to advance the understanding of the agency of both planning and property in relation to urban transformations and democracy in East Asia. He has recently published in journals such as Geoforum, Urban Geography, Journal of Urban History, Eurasian Geography and Economics, City, Culture and Society, Social Transformations in Chinese Societies, and Hong Kong Journal of Catholic Studies. He also contributes commentaries on urban governance to media outlets. In this essay for HKI, he reflects upon megaprojects and land injustice in Hong Kong based on two inter-related journal articles of his, both of which can be found here.

Megaprojects cost time and much money to plan and build. They project decision-makers’ visions of the future onto the built environment, but they might also erase the relics of the past.

To build the new usually requires demolishing the existing. Ranging from Narita Airport in Japan to Tamsui new town in Taiwan, we have seen that people often resist megaproject proposals in their local areas. Areas to which they are strongly attached. Similarly, in Hong Kong, the high-speed railway has replaced Choi Yuen Village, and new towns have also destroyed the natural environment. Megaprojects are controversial.

Central to these controversies arising from megaprojects is often the notion of land injustice. Law gives  legitimacy to government actions of expropriating landed property from the hands of people as long as a public purpose is claimed. This is particularly justified as it seems in Hong Kong because of the leasehold land system, implying that the government is the only landlord who can resume the land. This manifests land injustice, as many critics had discussed. 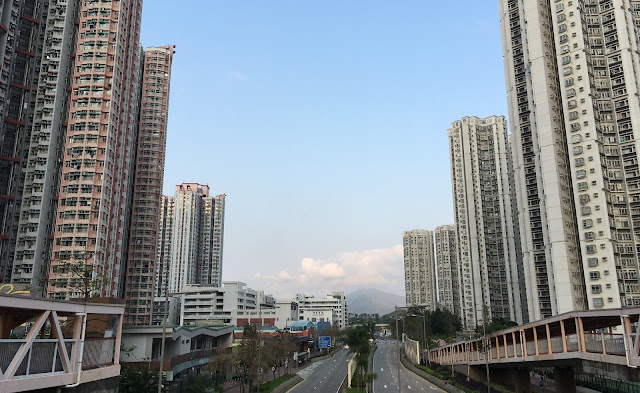 But there is one more unique manifestation of land injustice in Hong Kong because of the leasehold system. The government heavily relies on land-related revenue that is collectively generated from the inhabitants. But the law does not allow for this to be redistribute to social services, meaning the inhabitants cannot not enjoy the fruit of their efforts. This is because an ordinance named Capital Works Reserve Fund (CWRF) (Cap. 2A), under Public Finance Ordinance (Cap. 2), requires that all land revenue must be put into this Fund and can only be spent on infrastructure and land production. Some pioneers such as the Liber Research Community call this legal mechanism the ‘infrastructure-land capital revolving door’ (資本旋轉門).

The research work behind my two recent articles began with two unanswered questions about it: why is there such a law, and what are its effects? I found that this law relating to megaprojects and land injustice is significant to understanding more about urban governance of both pre-1997 and post-1997 Hong Kong. The planning of megaprojects involves negotiations at different geographical scales, revealing how decision-makers attempted to craft and enact their desired future of Hong Kong. But the planning process is complicated as, facing uncertainties, various actors tried to use megaprojects to tease out and affect what others were thinking about by taking subtle and contingent micro-actions. This law and its changes came out during this process. Its effects are enormous as this law powerfully helps perform the legal order of ‘One Country, Two Systems’.

My first article, in the Journal of Urban History, traces how this law originated from the political need for planning the ‘City of Sadness’, Tin Shui Wai new town, in the 1980s. Based on the declassified archives, I found that this megaproject was rarely discussed, except for a significant episode between two key moments in the history of the sovereignty transfer: Governor Murray MacLehose’s ice-breaking visit to Beijing in 1979, and the meeting between Deng Xiaoping and Margaret Thatcher which marked the beginning of Sino-British Negotiations in 1982.

Many have been puzzled by the motivation of the colonial government’s decision to resume the land of Tin Shui Wai and develop it in a partnership with a consortium of developers involving China Resources Company, Chinese red capital in Hong Kong. Some say it was an attempt to rescue the developers from a market slump. But my finding rejects this explanation. Instead, in light of the political urgency to deal with the 1997 problem of the New Territories’ land lease expiry, the colonial authority had been trying to cooperate with the developers since the very beginning in order to show they are able to work with Chinese-related organisations. Behind this decision is the motivation of continuing colonial governance after 1997. Perhaps surprisingly, before 1982, Britain was pretty optimistic about realising this desired future. The colonial authority therefore translated this ambition into the plan of this new town megaproject that was expected to span over more than twenty years.

What is intriguing during these three years is the interactions between the local real estate tycoons, the colonial government, London, and Beijing. The process was full of uncertainty and each side knew little about others. The subtle steps they took constituted a series of political calculations through which different actors at various geographical scales attempted to tease out how the two state powers would handle the question of Hong Kong’s future. While some in Hong Kong might feel nostalgia for the colonial days, the story shows the colonial authority’s decision-making process had foregrounded their self-interest, excluding both the public and even the closely related members in the Councils from knowing the real political calculation and plans.

In this context, this megaproject has been tied with the diplomatic relations and the future of Hong Kong. The colonial government decided to prioritise it among other undertaking megaprojects. In view of rising public works demand and inflationary pressure on the construction industry, the government decided to create a legal requirement of setting up the CWRF for better managing the public works programme. But we have to pay attention that in its original design, CWRF was only a technicality of financing the public works with a project-based approach and was not associated with land revenue. It has only changed when the Sino-British Joint Declaration was signed in 1984.

Hong Kong as a property jurisdiction

The story continues in my second article in Social Transformations in Chinese Societies. Legal geographers would say, law has to be spatialised and materialised for realising its power. In the same vein, I argue the proliferation of cross-boundary megaprojects after 1997 can be understood as one of the examples illustrating the spatialisation of the new constitutional order of ‘One Country, Two Systems’. For realising the legal spatialisation, the changes to CWRF were made during the transition period.

We must recognise that the new constitutional order distinguishes between the British colonial government and the current government under Chinese sovereignty in terms of their ideological principles and governance practices. Otherwise, as seen in some existing discussions, it could be dangerous and mislead analyses. In this article, I traced how the new constitutional order was formulated starting in the early 1980s after Britain had raised the land lease issue to China. The way in which the party-state designed ‘One Country, Two Systems’ has emphasised the vision that Hong Kong would serve to favour China in terms of economic interests and territorial integrity. Red lines, such as rejections of universal suffrage and separation of three powers, have also been drawn. This differentiated the two governments because land and property development in the post-1997 Hong Kong should serve that vision.

An important lesson is that many of these seemingly huge changes actually depended on some individuals who have the power to make decisions, especially the subtle ways of how they perceived the present and conceived their desired future. In addition to Deng Xiaoping, another key actor at stake in this legal change is CY Leung. The story here is how he re-structured the prevailing CWRF during the Sino-British Negotiations. We must take into account CY Leung’s understanding of urban land – how he perceives urban land as a commodity, and how he articulates a virtuous cycle of land development. As such, the financing of megaprojects has been directly linked up with the land revenue. Land injustice is a consequence of this legal change written into the Joint Declaration, as I argue.

The massive construction of megaprojects, especially those cross-boundary ones, after the sovereignty transfer in 1997 is one of the ways through which the new constitutional order is spatialised. I illustrated this with some public finance data and the bordering issue as exemplified by the case of co-location arrangement in the West Kowloon Express Rail Link Terminal. The effect of this legal spatialisation is to conceive a new geographical imaginary of the jurisdictional relations so as to realise, materialise and reinforce the ruling power over the everyday spatial practices in the post-1997 society, erasing the colonial past.