Hong Kong Pop in Mainland China: Tracing its Past Through Cultural Memory

Dr. Mengyao Jiang is a D.I.Y. musician and an early-career researcher in the field of popular music studies, cultural studies and sociology. She holds a PhD in Media and Cultural Studies from Canterbury Christ Church University in the UK, and now she is an adjunct lecturer in the school of arts and science at Endicott College, MA, USA. Her research interests include Chinese popular music, subcultures and ethnography. Mengyao is a peer-review editor of the Journal of the Youth Studies and Young: Nordic Journal of Youth Research. Her forthcoming publication is a chapter entitled ‘Contemporary Pocket Music Scene within Canterbury: An Ethnographic Study on D.I.Y. Student Bands’ in the book “The Canterbury Sound in Popular Music: Scene, Identity and Myth” (Emerald Publishing, 2019), in which her study focuses on the relationship between popular music and place.

Popular music in China has been through different stages of historical developments, within which, a variety of genres have emerged, been popularised, developed and declined. The causes of this changing popular music landscape in China can be attributed to economic, social, cultural and political factors, such as the economic reforms of the 70s and 80s which marked the return of popular music in Mainland China since Mao’s era (Baranovitch 2003). Among this return was Cantonese pop from Hong Kong and Mandarin pop from Taiwan. Technological evolution has also facilitated the dissemination and reception of popular music, as music can now be accessed through digital media such as online sharing, downloading and streaming services rather than just the more traditional forms of media: radio, television and cassette. 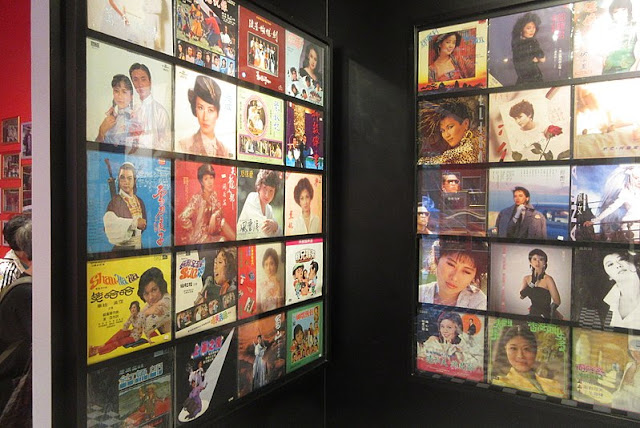 In these contexts, the reception of Hong Kong pop in Mainland China is characterised with generational differences. It ranges from the heydays of Hong Kong pop in the 1980s and early 1990s to its decline in the millennium when the globalisation of the Chinese media changed the ecology of the country's popular music industries. Changes which the Cantopop industry failed to respond effectively to (Chu 2017: 184).

The term ‘Hong Kong pop’ describes the music through its association with it's locality (De Kloet and Chow 2013) and its cultural identity. Also, the term focuses on the symbolic relationship between music and place (Cohen 1995), Music can be both celebrated as a cultural novelty and cultural memory at different historical moments. Through tracing the reception of Hong Kong pop among older generations of Chinese youth, from the 80s and 90s, this article looks at how Hong Kong pop is celebrated as a cultural memory by Mainland Chinese listeners.

‘Every generation has its own voice’, noted by the ‘godfather of Cantopop’ Huang Zhan (Chu 2017: 1). This statement reflects the rise and decline in Hong Kong pop's popularity in the Mainland in the context of Chinese economic reforms and globalisation. When China opened its door to foreign investment and cultural influences in the 80s and 90s, a growing number of Hong Kong musicians gained massive followings, such as the ‘Four Heavenly Kings’ – Zhang Xueyou, Guo Fucheng, Li Ming and Liu Dehua. The popularity of Hong Kong pop in the Mainland in the past was associated with the commercial success of the Hong Kong music industry. Different forms of media facilitated its dissemination across East Asia, including cassettes, radios, music magazines and TV.

"My memory of listening to Hong Kong pop dates back to 1995, when I was a five-year-old kid, my mum used to always put on Zhang Xueyou’s cassettes in her bedroom. Very often, I was jumping and dancing on the bed as a happy kid while I was listening to his songs in a language I did not speak. As a kid, I also watched a lot of TV at home, I remember local TV channels always had a good amount of Hong Kong TV shows and movies, such as The Legend of the Condor Heroes, featuring Wong Meiling and A Better Tomorrow, featuring Zhou Runfa."

In the 90s Hong Kong pop was received not only through music albums but also through the theme songs of Hong Kong films and TV shows. It formed a childhood cultural memory amongst the kids born in the 90s, when popular cultural forms were less diverse in Mainland China and the reception of music largely came from traditional media. A cultural memory of Hong Kong was formed amongst people growing-up in the 90s which imagined the city as more classical and more aesthetic. This can be reflected from the recent virtual phenomenon on Weibo, where fashion and beauty styles of Hong Kong TV stars from the 90s and 80s such as Cai Shaofen, Lin Qingxia, and Zhu Yin are celebrated.

However, since the acceleration of globalisation and the rise of social media, Hong Kong pop is struggling in terms of its popularity in Mainland China, where its audience base has been fragmented by a diversity of popular cultural forms  which can now be easily accessed through digital media. The lack of new superstars from Hong Kong since the millennium and the rise of the Mainland’s music industry has also led to the decreasing popularity of Hong Kong pop among the current generation of youth.